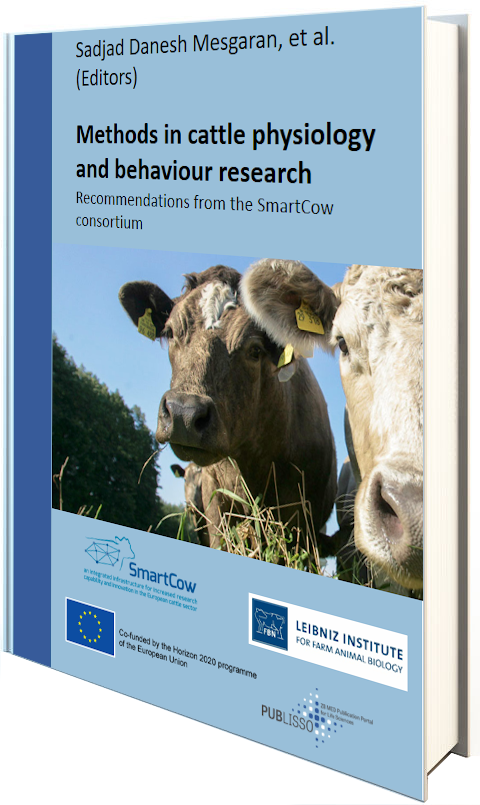 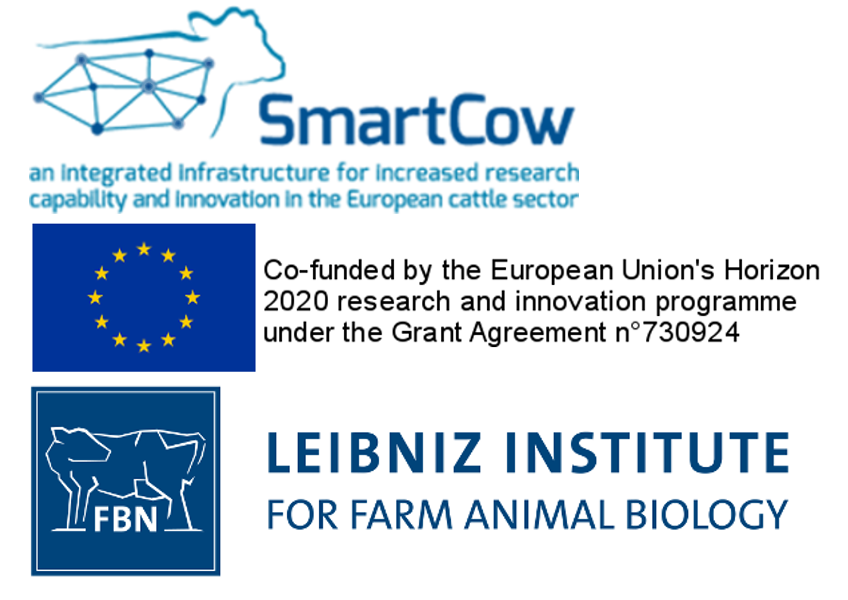 Knowledge about dry matter intake (DMI) is a very important element in cattle management. Modern, high producing dairy cows require great amount of feed in order to meet the nutrient and energy requirements for maintenance and milk production, particularly during early lactation. In beef animals, current breeding strategies aim to select animals with low residual feed intake [1], [2]. Therefore, individual feed intake evaluation helps to identify the productivity and efficiency of each animal, in relation to the amount of feed being consumed. Additionally, measurement of DMI as precisely as possible is essential for optimizing diet formulation without compromising animal welfare [3]. Various factors at the animal, environmental and dietary level contribute to the level of DMI in an individual. For example, breed, age, parity, body weight, body condition score, stage of lactation [4], the type and quality of the feed offered [5], [6], solar radiation, environmental temperature and relative humidity [7] all have an impact on DMI. A recent method of monitoring feed intake involves the use of an electronic system that automatically records feed intake data by measuring the differences of feed in the trough before and after feed consumption [8]. These systems, e.g. Insentec (Maknesse, The Netherlands) or Biocontrol (Rakkestad, Norway), typically use radio frequency identification (RFID) to identify individual cows and monitor individual consumption. An RFID transponder located on the cow, usually in an ear tag or collar, interacts with an RFID reader placed at the feeding area to identify individuals. Additionally, these transponders can allow the operator to record water intake and drinking behaviour of cattle (i.e., frequency and duration of visits to the water trough). Cattle generally consume a large amount of water in comparison to other animals. Several factors, including water quality, feed dry matter, DMI, distance from feed to water, weather conditions, social factors and milk production, all influence the rate of voluntary water intake (VWI) in cattle [9], [10]. Monitoring VWI is crucial for cattle management, as a reduction in VWI will lead to lower feed intake and subsequent production loss in cattle.

Methods for estimating variation in forage intake in grazing cattle must have a high degree of reliability. Individual intake at pasture can be estimated from faecal output and the digestibility of the selected herbage, where faecal output is determined by different external markers such as ytterbium oxide (Yb2O3), assuming full recovery of the marker [11]. In practice, it is recommended that faecal output is calculated as organic matter (OM); this corrects for the weight of marker dosed (as the marker is inorganic) and for soil ingestion influencing faecal weight. There are several methods for providing the marker dose. For example, paper boluses containing markers may be dosed multiple times per day, intra-ruminal, controlled release devices may give a constant release rate of marker in the rumen or markers may be included in supplementary feed offered in parlour. When administered in discrete doses, considerable diurnal fluctuation in concentrations of markers in faeces has been observed [12]. This diurnal variation therefore requires careful faecal sampling schemes to obtain representative samples. Digestibility of forage consumed may be estimated using indirect methods; commonly in vitro techniques and the ratio technique. In vitro techniques include the two-stage Tilley and Terry [13] method, where feed is incubated in rumen fluid for 48 h, followed by digestion with acid-pepsin, and various enzymatic methods, and feed digestibility is simulated using cellulases and acid-pepsin. In the ratio technique, digestibility is estimated from the ratio of the concentration of an indigestible, internal marker (including acid insoluble ash, lignin, and silica) in the feed to that in the faeces (reviewed by Van Soest [14]).

To obtain the required high degree of reliability of forage intake estimates using internal or external markers, collection of samples representative of the herbage being grazed is essential. The sampling method (number and distribution of forage samples required) depends on changes in herbage during the experiment. The number of herbage samples may be small if the herbage on offer is homogenous and changes little over the experimental period. More samples are needed, when the herbage on offer changes (e.g., sward height) during the experiment. In case of mixed swards, many samples should be obtained, in particular when selection of herbage components by animals changes during the day. To obtain samples representative of what the cow ingests, close observation of grazing behaviour and the herbage removed by the cow is required. It is also necessary to collect samples representative of the consumed herbage by sampling close to the grazed herbage and at the same depth in the sward canopy [15].

Another method for monitoring forage intake in cattle, the n-alkane method, was established during the late 1980s [16]. Alkanes are long chain (C25 to C35) hydrocarbons present in the cuticular wax of plants. In grassland species, the odd-numbered chain length alkanes (particularly C29, C31, and C33) are present in much greater amounts than the even-numbered chain length alkanes [17]. For this method, the cow is usually dosed with a synthetic, even-numbered alkane and consumes herbage with a certain content of naturally occurring odd-numbered alkane. Individual dry matter intake can then be calculated from the alkane dose, the alkane content in the herbage and the ratio of the dosed and natural alkanes in the faeces [18]. Despite incomplete faecal recovery of alkanes, this method has been shown to estimate intake on pasture accurately due to the fact that alkanes differing in one carbon length (e.g., C32 and C33) have similar recovery rates [19]. However, this technique requires modification during studies where the supplement and pasture contain different sets of n-alkanes, especially when the level of supplementation is high [20]. Effects of frequency of dosing and of faecal sampling regimes with n-alkanes are not consistent. For example, greater variation in faecal concentration of alkanes may occur upon once-daily compared with twice daily dosing, but not always [21]. When faecal sampling at 3 h intervals, Sibbald [22] reported only small variation in concentrations of natural alkanes in faeces. However, Abrahamse [23] reported diurnal variation in the concentration of dosed alkane in faecal samples; nevertheless, the concentrations of dosed alkane in faecal samples at milking (twice daily) were similar to the average concentration of dosed alkane over the day, when the even-chain alkanes were supplied in concentrate. Therefore, it is suggested to dose animals continuously or twice per day, with faeces samples collected at the same time as dosing, when dosing is not continuous.

It is important to note that the present DMI measurement guideline is generated for experimental units where either a total mixed ration (TMR) or separate forage-and-concentrate (partial mixed ration; PMR) feeding regimen is provided to the animals. A guideline for measuring feed and DMI of grazing animals on pasture is described in a different section. The Animal Trait Ontology (ATOL) and Environment Ontology (EOL) for Livestock numbers linked with this guideline are: ATOL_0000772, EOL_0000172, EOL_0000120, EOL_0000122, EOL_0000151 and EOL_0000067 (for complete list of ATOL please visit https://www.atol-ontology.com/en/erter-2/).

A – Diet preparation and sampling

This present guideline focuses on individual pasture intake measurement of grazing cows using the n-alkane method. This guideline is only applicable to trained personnel in experimental units. Staff members are required to keep a training record in relation to different procedures within this technique. The Animal Trail Ontology for Livestock (ATOL) number linked with this guideline is: ATOL_0000772 (for complete list of ATOL please visit https://www.atol-ontology.com/en/erter-2/).

A – Preparation of n-alkane doses and bullet (bolus) pouring

B – Dosing the animal with bullets and faecal sampling

Alternative methods to dose alkanes have been described in literature. These methods follow the same principles as described above, but rather than dosing the alkane bolus twice daily, alkanes are mixed in feed and consumed by animals. As the principles of preparation, faecal sampling, and data analysis do not differ from the method described above, only a brief description is presented here.